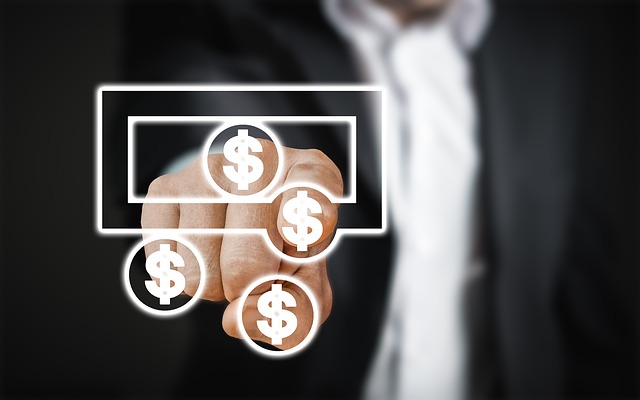 What I’m talking about is the Digital Currency, are you ready for the digital dollar. Read on to know more about the latest development on digital currency and how block-chain projects are most likely connected right back to the USD’s next transformation. In mid-March, the treasury department announced the hiring of Brian Brooks, Coinbase’s Chief Legal Officer, who was highly involved in the legal red tape of getting USDC the Ok from the mix of US regulators. And this was before the stimulus bill was announced, by March 23rd….there were draft Stimulus Bills, with digital dollar language in them. So there are many layers of this onion to peel back on digital currency….of course, there’s the Federal Reserve including the treasury department, but there is also the layer of the clearinghouse, and finally, something called ISO20022.

It’s the new global standard for payment messaging, that isn’t new, it was created and first published back in 2004 by the international organization for standardization, the group, that makes sure things are ISO certified, in industries across the globe. So, in 2012, the FED created a stakeholder group whose goal was to assess the value of adopting the new ISO standard. This lead to the publishing of a paper in 2015, titled Strategies for improving the US payment system. And in it, with stakeholders including the clearinghouse, they assessed ISO20022 in a business case, and from the recommendations.

The study concluded that a phased approach to ISO 20022 adoption should be employed in the United States to reduce risk and cost. This includes 3 phases.

Almost 3 years went by since that paper, and in July of 2018 when the New York FED board of governors released the statement that they were looking to adopt the ISO20022 message format for the Fed wire Funds service as it would be an international standard that would replace Fed wires current payment messaging format. And as we can see, the transition to ISO would take place in 3 phases with the FED, beginning in 2020 and ending in 2023. Now here is where things start to accelerate.

November of 2019, Jerome Powell, head of Federal Reserve sent this letter to Congress, and it said that they were exploring whether it makes sense to issue its own digital currency that could be used by households and businesses a central bank digital currency, or CBDC. In the letter, Jerome Says

“The Federal Reserve is not currently developing a US dollar CBDC. but continues to carefully evaluate the costs and benefits of issuing a general purpose CBDC, defined as a new type of Fed liability that could be held directly by households and business”

So no actual work in November, but like I said, things accelerate fast. February 5th of 2020, Fed Governor, Lael Brainard gave a speech at the Stanford Graduate School of Business in California. No recording, but the FED has a transcript of the speech. In it, she talks about Digital players in the payment space, from technology firms, and increased competition…thus the FED needs Real-time infrastructure Lael says

“We are committed to closing the gap between the transaction capabilities in the digital economy and the underlying payment and settlement capabilities. Recognizing that consumers and businesses across the country want and expect real-time payments, and the banks they trust should be able to provide this service securely, this summer, the Federal Reserve announced that it is building its first new payments retail in more than forty years—the Fed Now Service. Fed Now will facilitate end-to-end faster payment services, increase competition, and ensure equitable and ubiquitous access to banks of all sizes nationwide. Together, the Clearing House’s RTP and Fed Now are moving the U.S. banking system to real-time retail payments. These systems will enable consumers and businesses to settle retail transactions in real-time, at any time, and allow them to manage their money with greater flexibility. RTP and Fed Now should significantly increase the speed and efficiency of the U.S. payment system.”

She then goes on to talk about Central Bank Digital Currencies, how private banks, and other countries like China, are rapidly moving with plans for digital currency. She explains “Given the dollar’s important role, it is essential that we remain on the frontier of research and policy development regarding CBDC. Like other central banks, we are conducting research and experimentation related to distributed ledger technologies and their potential use case for digital currencies, including the potential for a CBDC. We are collaborating with other central banks as we advance our understanding of central bank digital currencies. So the way money is going to move, is going to rapidly change. FED now and Clearinghouse RTP, are in the works…..and there is potential for a US central bank digital currency to move through these systems.

Well, as we know, just a month later, in March we had Brian Brooks brought onto the Treasury department Team specifically to the office of comptroller, reuniting with his old friends from One west bank. And we know, what Brian thinks, private companies should build the tech, while the government sets monetary policy on digital currency.

What private payment organization does the Federal government and regulators love? SWIFT, or the society for worldwide interbank financial telecommunication. And you know Swift, they are the transfer powerhouse…according to the treasury, they handle 5 trillion dollars….per day. And what has SWIFT recently said? Well just last month, they announced their new approach to ISO 20022 adoption, which, gives banks a little leeway to full adopt, pushing out requirements for banks from 2021to 2022 but still sticking to their original roadmap, of a complete overhaul by 2025.

What blockchain projects are involved with this?

we zeroed in on Coinbase and their USDC. It’s built, and Brian Brooks was a big part of it. It’s something that the Federal Reserve likes, a coin backed by their greenbacks. So this is definitely suspect number one! And as we know, USDC is an erc20 asset built on Ethereum, so that is big news for the Ether crowd if so. But in my personal opinion, the stable coin isn’t what we should be worried about, as I foresee many private organizations, attempting to create their own version.

As just 3 days ago, another company Netcents declared their readiness for the expected Federal Reserve Digital Dollar. The competition will be fierce, and there will be many stable options. But how those stable coins are transferred, is a much different story. So this goes back to Swift, the FEDs favourite private transfer system.

Swift is conforming to the ISO20022 standard through SWIFT GPI, which they say will digitally transform cross border payments. Well in January of 2019, SWIFT announced swift GPI link, a gateway that would enable GPI to E-commerce and DLT platforms. And the proof of concept would launch with the firm R3. Well almost a year ago, in March of 2019 we got a very informative webinar between SWIFT and R3, Swift GPI link is an oracle service. It’s an ORACLE that is system agnostic because they plan on working with a multitude of services blockchain/DLT and the new traditional ones like Fed Wire. And it’s easy to see, just going to smart contract.com, of which is chain link, you see their first partner.

“We’re proud to be working with SWIFT on their own SWIFT Smart Oracle. Allowing smart contracts on various networks to make payments, send governance instructions, and release collateral with over 11,000 banks”

Sergey, the flagman himself, has clearly explained…..but that was back in the day during the proof of concept phase, well just 6 months ago back in September, at a chainlink meet up in Paris, something went quietly under the radar. So from my research, we should be keeping a keen eye on a couple of projects, USDC. I mean, just look at the explosion in supply, once news of the digital dollar started circulating, a growth of 62% in just a month, and USDC supply is at about 700 million. Something is bubbling regarding this stable coin.