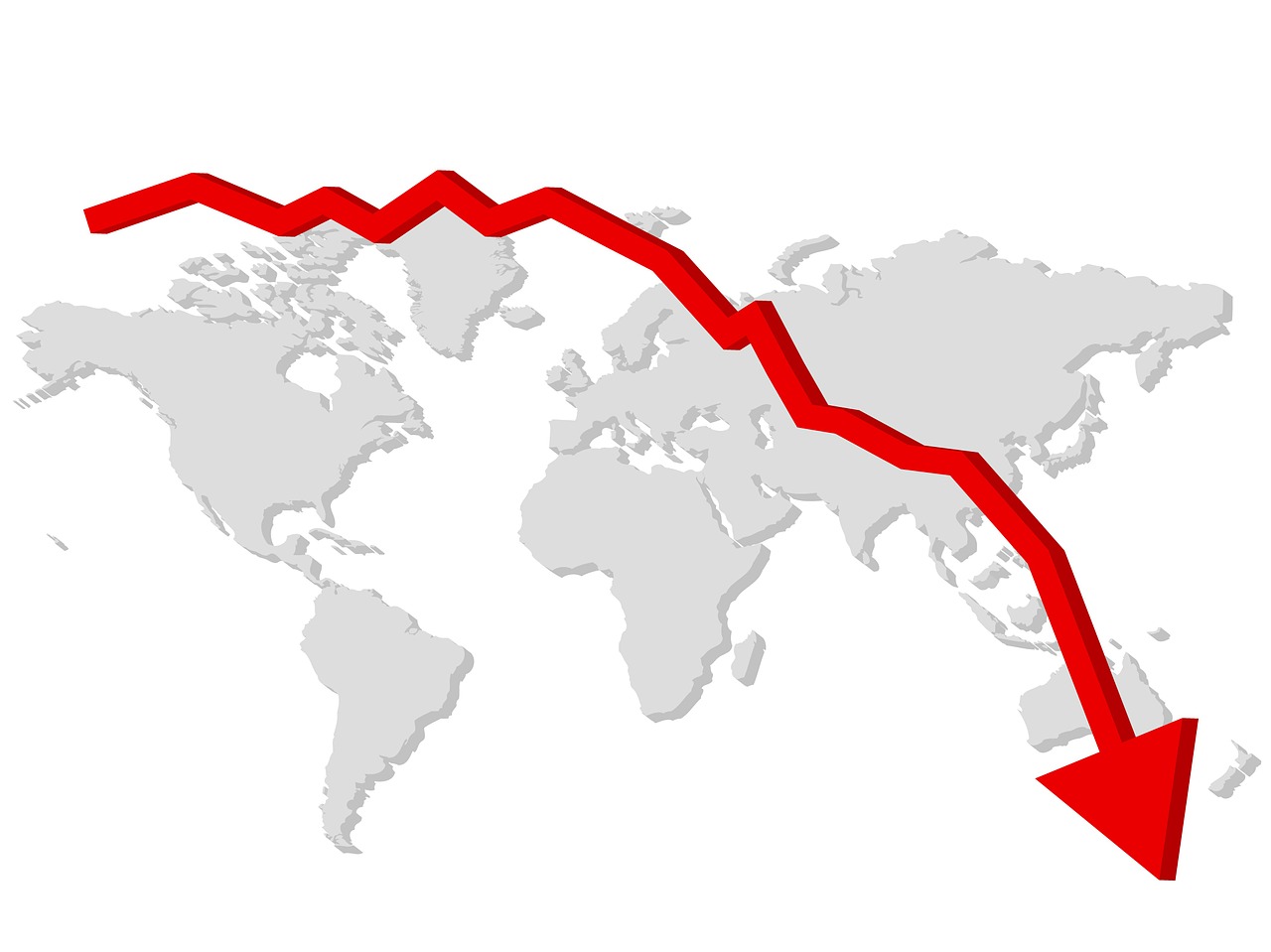 Today a massive crash has taken place in the oil markets and even if you don’t care at all about the oil markets this news is an important one because it really serves as a stark warning about how dangerously fragile the global economy is right now. This could spread panic to other markets and of course what does all of this mean for Bitcoin.

The big news today is that the oil markets have been absolutely savaged. It’s been crazy the West Texas Intermediate which in case you don’t know is the benchmark price for US oil. It fell to -40 today minus 40 yes you heard that right- $40 totally negative.

This is the first time in history that prices have gone negative for oil. This means that producers were paying buyers to take the oil off their hands because storage facilities are completely full and they can’t cope anymore because obviously oil going under zero.

Factors responsible for the Oil Crash

It doesn’t go in minus in a functional economy. This is because wild demand for oil has been crushed with the global economic downturn that is no surprise to anyone who’s been paying attention, but oil producers continued pumping oil out of the ground leading to an oversupply of historic proportions.

Do understand that this is just one oil market, the US oil market is the one that got savaged today. Internationally prices have been battered big-time over the last few weeks but nothing like that happened, that’s crazy although the fierce contest currently taking place between Saudi Arabia and Russia has actually done very little to support prices with both of these countries really committing to pumping more oil into the markets, of course, this negative US oil price it’s really only a specific reference to the price for crude delivered in May so this is the month in which oil demand is expected to be the lowest and supplies are expected to be the highest so it’s a very specific thing but still incredibly significant when you consider the overall implications of what this means. 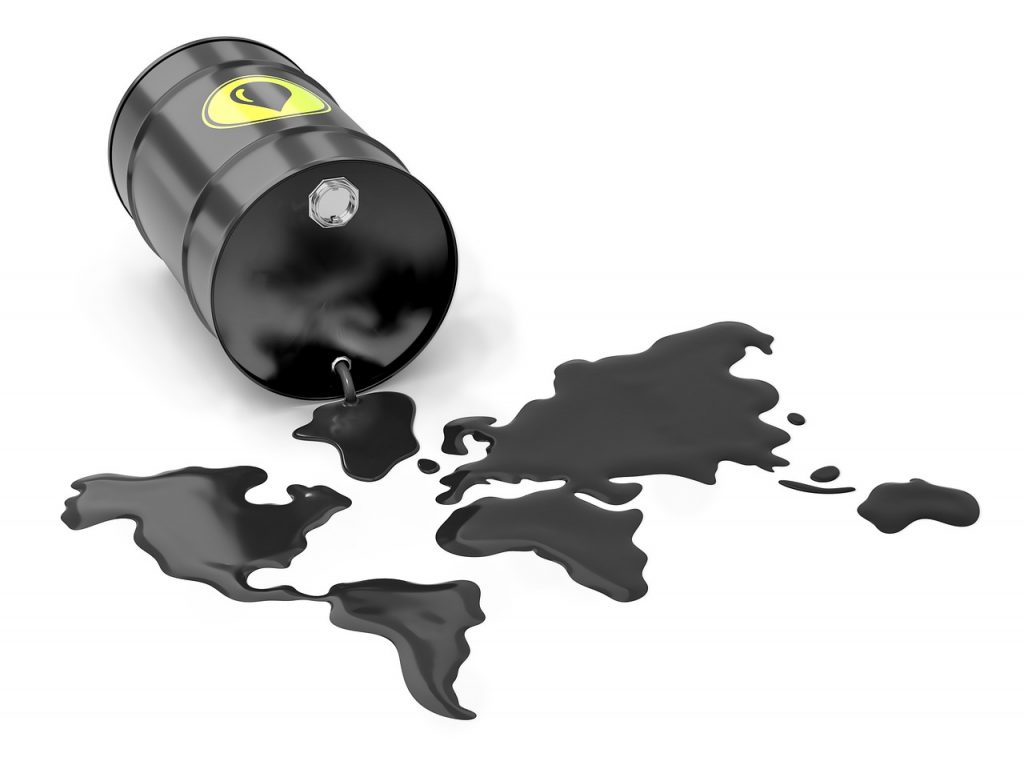 Some people were predicting Bitcoin Price towards zero and not oil but all those mainstream talking heads were wrong again I’m not surprised actually but anyway, in fact, one of the largest market just completely imploded in Bitcoin it really just finished the day, only down around 5% which is not bad, considering what happened to the oil markets today although oil prices did see a bit of a recovery after Trump announced that the US will be buying up 75 million barrels of oil which is a pretty good decision to buy that oil fill-up the US strategic reserves on the cheap but collapse of the oil derivatives markets could be bad news for the wider markets as it really creates a strong risk that panic could spread to other assets in fact other markets might already look like the oil market did today.

It wasn’t for the fact that you had the Federal Reserve dumping trillions upon trillions into the economy, buying up junk bonds, putting in money for the repo markets for Wall Street but now that oil has led the way there is, of course, a massive risk for carry on effects to start playing out commodities across the board could get crushed potentially with the exception of gold of course a real domino effect of destruction could be underway what has happened

We’ve seen consumer demand just go right through the floor, basically the jobless rate in the USA at top twenty. Two million last week and the nail in the coffin for the economy is likely coming very soon negative rates in the world’s biggest economy. The USA is likely to be the next to join Japan and the EU and a few others in the negative rates game whereby you lose money if you leave it sitting in the bank. Thanks to bad rates cool stuff

that is what, is likely in store for the world’s biggest economy the simple definition of deflation in case you are not aware is that this is what happens to an economy that experiences declining prices for goods and services. Intense deflation was also a prominent feature of the Great Depression that fault of course the 1929stock market crash very famous in case don’t know about it and of course it means that businesses will face lower profitability and hire fewer workers while investing in less expansion of productive capital basically a massive economic slowdown.

How does a central bank fight against the forces of deflation? 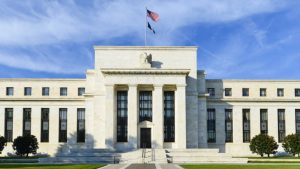 By expanding the money supply which the Federal Reserve has already been doing quite aggressively for the last few months really but I mean we’re talking decades here of massive quantitative easing and of course by cutting interest rates to incentivize spending versus saving. To cut long story short, the economy is not doing super well in case you hadn’t noticed now in terms of investing. The place for a deflationary scenario are of course the classics by dollars yes I know the dollar is in big trouble long term you have trillions upon trillions being put upon the sacrificial altar of Wall Street. The stimulus package is one of the biggest handouts to corporate America ever.

The stimulus package involves companies that have spent the last decade soaring up corporate profits with stock buybacks, they now all have their hands out to get some of that free money. The dollar is supporting a broken system, the Wall Street banks are getting a trillion dollars a day and liquidity, it’s not trillion new dollars every day. It is just a trillion dollars put up for the overnight lending markets and total available daily. The small business bailout fund yeah I remember that was rated by hedge funds on hundreds of billions of dollars of a ride and internationally as well, to keep the dollar forex markets afloat but the pockets of the US. they are very deep and the ability of the US to manipulate the dollar and for the dollar to remain powerful, largely thanks to its status as the global reserve currency should not be underestimated in the short term.

Long term I remain bearish on the dollar, right now it is a flight to safety and a good portfolio will have a decent amount of readily available dollars sitting in it. The second play is, of course, to buy gold as a hedge against all of this insanity that you’re seeing going on right now at the global economy. Gold is one of the few things that I personally wish I had a bit of, in my portfolio because it is that relatively stable store of value that classic thing that’s been here for thousands of years and of course physical gold is far better than paper gold if you are going to be doing some gold investing because as oil just proved a run on the markets it is very possible and due to all the trickery that goes on in the gold markets things like there may not be enough physical gold for futures investors to take delivery,

Should a run on gold happen?

What does all of this mean for Bitcoin?

Bitcoin represents in terms of digital scarcity but do understand that there does remain a strong risk that Bitcoin could be drugged lower with wider market moves but perhaps enough of the short term speculators have moved aside for the moment and Bitcoin can get on to doing what bitcoin was designed to do and have that really shining breakaway moment from the traditional markets one thing remains sure for me though having Bitcoin in my portfolio makes me sleep well at night even if the dollar value goes up and down long-term I know that I’ve got a portion of a very scarce asset in the world’s strongest computer network, so that to me holds an incredible amount of value and I think it’s something that a lot of investors are waking up to and the more the Bitcoin gains interest the long-term picture for Bitcoin remains very positive. Robots too are helpful in trading Bitcoin if you are new. This is why personally I keep up my usual play of just dollar cost averaging into Bitcoin into a theory. I do a little trading all stuff on the side but really it’s mostly just stacking stats stacking way and then chill in with an eye on that long-term game.